Several have come to us asking “Who’s in charge this year?”

The specific answer to this question lies somewhere along these lines : nobody, everybody, whatever, don’t look at me, leave me alone about it, fuck this I quit, etc… Seriously tho, we discovered last year that we prefer the way the event flows for all of us when we reject the idea that any of us are “The Boss.”

And since the daytime scheduling formula is designed to more or less run itself, it certainly relieves alot of folks of alot of unnecessary stress, and that’s part of the whole point. Still, SOMEONE has to take “responsibility” for getting the ball rolling on this far-out thing, and maintain the direction of the flow of events from a perspective of experience. And in the event something should catch on fire, a fight breaks out, a weird science project gets subjected to wiggling tentacle gang rape thanks to the ritual evocation of super-mutant comic book characters next door, someone loses their stash of this year’s designer hallucinogens, or whatever, we all need to know who to blame and/or complain to.

So, without further ado, let’s introduce this year’s resident slackers, in whatever particular order…

Actually, Klint is off the hook this year. Leave him the hell out of your drama and expectations. Seriously, he earned it, being of the few founding members of the Esozone community who’s still around. Those who know Klint know the hard work he’s put into this thing since the event’s inception in 2007, and that he’s often been left holding the bag, or the bill, or the stack of nitpicky bitchy emails, etc. He kept the website running, wrote content for it, used his unparalleled webmaster powers to keep interest active over the past three years. He personally transported panelists and performers and presenters from out of town in his magic flying time-machine. He went thousands of dollars into the hole. His pet chinchilla exploded in a bizaare radionics accident. He’s lost countless limbs and had to replace them with cybernetic components at the last minute. He was impregnated with octopi and disemboweled for their harvesting at last year’s After-party/Subgenius Devival for fuck’s sake. That’s why we’re making damn skippy that he won’t be lifting a fucking finger this weekend, except to throw down his incredible soundscapes on Saturday evening with his recently revealed dark ambient project, Psychetect.

Ogo Eion: Jack of too many trades 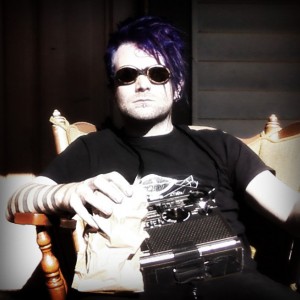 Ogo is known around town for pulling remarkable events off at the last minute in chaotic environments, often under less-than-optimal conditions. You may have attended one of his Cacophony events (a series of monthly noise and experimental music evenings that ran for two years straight back in the late ‘oughts) or one of the evenings in his more recent series of events, Psychopomp, where the lines between audience and performer are intentionally blurred. You may be wearing a custom silk-screened patch or t-shirt or pair of socks from his Tesselate design line right this moment. He may have designed your event’s promotional handbill, website, your buisiness card, god/dess knows what else. (See: iokaos.net) You may have seen him perform as An Exquisite Corpse, or in one of the many collaborative efforts he’s participated in. At any rate, this modern renaissance mutant is hands down one of the more prolific and innovative forces in today’s Cascadian underground. He’ll be co-hosting a daytime session which concerns the sorcerous implications of design and print, and will be performing in tandem with Cult of Zir as “Shortwave Theatre Noir Ministry” on Saturday evening. 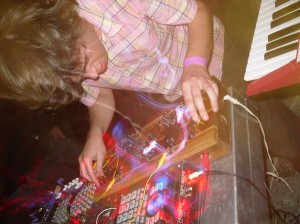 If you’ve witnessed any of Todd’s performances as Soup Purse, you know the psychological impact of the unseen forces which he intentionally unleashes into the room by way of his specially constructed sonic equipment. Evocation and Divination thru the medium of abstract electronic music is one of the specialties Todd is known for. In fact he hosted a workshop session devoted to exploring this approach at Esozone Portland 2009. (You can check it out here.) A specialty of his which you might not be aware of is the analysis of modern occult movements and the manipulative psychological strategies of their crackpot leaders. If there’s an obscure bizaare UFO cult you’ve read a Wikipedia article about in passing, chances are that a large space on Todd’s bookshelf is devoted to them. 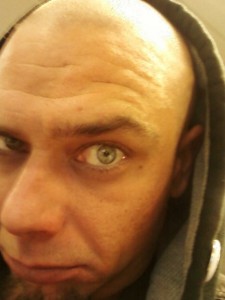 Nolon performs under the name Cult of Zir, and has been performing, working, and making magickal mischief at Esozone events since the first year. While he is a sincere practitioner of the craft thru his music, talismanic collage-work, and situational tomfoolery, he also throws much of his effort into demystifying the pomposity of occult hubris, and the taunting of stuffshirt occultist snobs. It has been alleged that he founded both the Stodgy Old Whitemen with Special Gestures and Costume Club (SOWMSGCC), and the Society for Trickster Comedian Ex-Magicians Flippant Toward Your Favorite Paradigm (TCEMFTYFP) (FACT: These allegations have no basis in fact, fiction, or otherwise.) Last year he hosted a group session involving the creation of Esozone’s temple on the astral plane (Check out this here blurb on it.) along with Klint Finley, who contributed binaural sonic landscaping to the experiment. The Astral Esozone experiment (EZTRAL) will be repeated again this year, and Cult of Zir will be teaming up with Ogo Eion to perform Shortwave Theatre Noir Ministry on Saturday evening, as mentioned before.