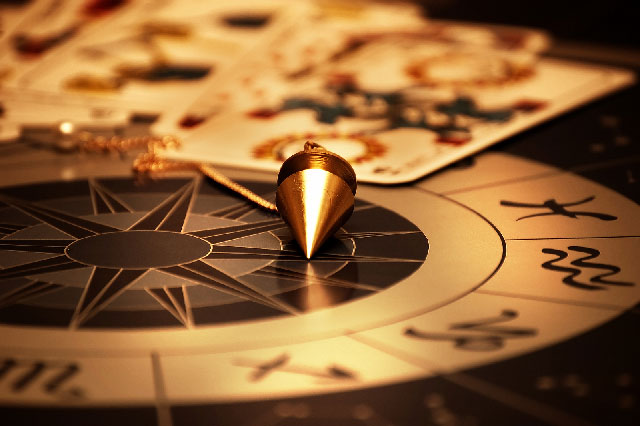 Up to now, the exact origin of tarot cards is still a mystery. Though, during ancient times, playing cards were used in China and there’s also proof about its connection with Buddhism and to India. However, one of the most accepted theories is that Tarot cards did originate in ancient Egypt where it’s believed that priesthood utilized these cards.

From these ambivalent origins, the tarot managed to survive comparatively unaltered until the 19thy century– this is where several decks were produced. Due to the fact that there’s only a small-scale production of these cards, they’re credibly limited in circulation, and only those who have active interest in occult managed to obtain them.

The very first commercial that was released was known as the Rider Waite Deck. This is where the modern-day decks are based, and it was produced around 1910. Ever since, the tarot continues to grow in quality and contemporary printing methods were utilized in order to ensure that it’ll be readily available to anyone who’s interested in exploring its uses.

Although we’re not saying that everyone will be able to understand tarot, we want people to know that those who are interested can have the ability of revealing a lot of its mysteries. 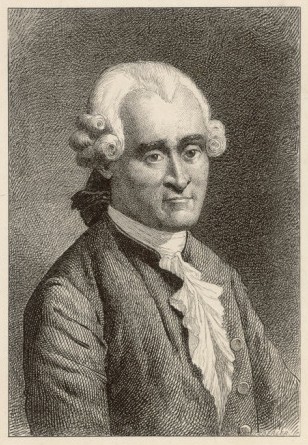 During the mid-18th century, there are various mystical applications for the card and it has spread from Italy, going to other parts of Europe. In France, Antoine Court de Gebelin assured that the tarot was mainly based on a holy book written by the Egyptian priests, and it was traveled across the Europe by Gypsies who originated from Africa.

The truth is, tarot cards originated from the Gypsies in Europe and these Gypsies actually originated in Asia, and not in Africa. Despite its inaccuracies, it’s safe to say that the Court de Gebelin has been very influential during that time.

Based on the game’s original instruction, it has been noted that the tarot cards can be used for divining– all because of the detailed illustration on each card that contains a symbolic image, such as the anchor, as well as the specific overlaps happening between the divining playing cards.

A lot of the oracle decks appeared around the same time and it was during the end of the 18th century and early 19th century. The end of the Napoleonic Wars has also contributed to the popularity of tarot cards.

Knowing Your Tarot History
The history of Tarot is worth looking into because it can provide everything the person needs to know about the Tarot, allowing him to create a relationship with the cards.

Tarot cards are known to be realistic representations of energies and events that humans often experience in life on a day to day basis. This can either be new beginnings, determination, patience, forgetting things, heartache, joy, togetherness, decision-making, reflection, and so much more. Tarot decks are usually comprised of 78 cards, and 22 of these are known as the Major Arcana— these cards depict the major changes that can happen in one’s life.

Tarot cards are known to be realistic representations of energies and events that humans often experience in life… This can either be new beginnings, determination, patience, forgetting things, heartache, joy, togetherness, decision-making, reflection, and so much more.

The tarot could be utilized as a sacred tool by interpreting the card that is chosen from the deck, where the interaction is assessed, together with citation to issues happening in one’s life.

The Future of Tarot

Like most other industries, Tarot (and fortune telling in general) has benefited from technology and the internet. Tarot enthusiasts are no longer limited to their local practitioners. Through websites such as Kasamba, PsychicSource, Keen and Oranum, anyone with an internet connection can get a free tarot reading online from real, experienced tarot readers in any language and from around the world. Some sites even offer webcams chat, which allows you meet your psychic (or medium) face to face

Although this doesn’t happen on a constant basis, there will be situations within houses that make it difficult for people to live in them peacefully. There can be a number of reasons for this. For some, they believe that houses are capable of retaining photo recording or image of other people who have dwell in them in the past. This can trigger upsetting disturbances to those who are presently occupying the place. A lot of people have misconception that it’s a form of “haunting.” The truth is, it’s just a sort of photo image that’s left on the building, and a simple spiritual cleansing can wipe away these spiritual disturbances.

END_OF_DOCUMENT_TOKEN_TO_BE_REPLACED 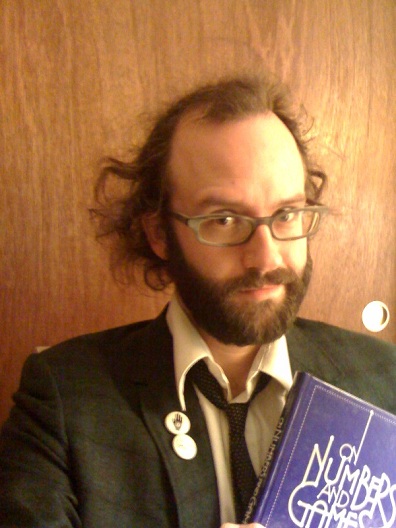 Tom Henderson, author of the forthcoming book Punk Mathematics, will keynote EsoZone Portland 2011 on November 18th at p:ear. Admission is free. Tom’s talk is tentatively titled “Time, Space, and the Self are Illusions – So Do ‘You’ Wanna Go ‘Out’ with ‘Me’ ‘Tonight’?” He’ll cover:

Tom has a masters in mathematics from Portland State University. According to the Kickstarter page for his book:

Punk Mathematics will be a series of mathematical stories. It is written for readers who are interested in having their minds expanded by the strange metaphors and implications of mathematics, even if they’re not always on friendly terms with equations. Better living through probability; the fractal dimension of cities and cancers; using orders of magnitude to detect bullshit; free will and quantum economics; and the mathematics of cooperation in a networked world on the brink of a No Future collapse.

For more on Tom, you can follow him on Twitter, read the Technoccult interview with him or listen to this interview on the Acme Science podcast Strongly Connected Components.

EsoZone Portland 2011 will take place over the course of November 18th and 19th. It will include a few pre-scheduled presentations, workshops and performances along with ample free space for ad-hoc “unconference” sessions in the style of BarCamp or Bird of a Feather.

Watch this space for more announcements.

Several have come to us asking “Who’s in charge this year?”

The specific answer to this question lies somewhere along these lines : nobody, everybody, whatever, don’t look at me, leave me alone about it, fuck this I quit, etc… Seriously tho, we discovered last year that we prefer the way the event flows for all of us when we reject the idea that any of us are “The Boss.”

And since the daytime scheduling formula is designed to more or less run itself, it certainly relieves alot of folks of alot of unnecessary stress, and that’s part of the whole point. Still, SOMEONE has to take “responsibility” for getting the ball rolling on this far-out thing, and maintain the direction of the flow of events from a perspective of experience. And in the event something should catch on fire, a fight breaks out, a weird science project gets subjected to wiggling tentacle gang rape thanks to the ritual evocation of super-mutant comic book characters next door, someone loses their stash of this year’s designer hallucinogens, or whatever, we all need to know who to blame and/or complain to.

END_OF_DOCUMENT_TOKEN_TO_BE_REPLACED 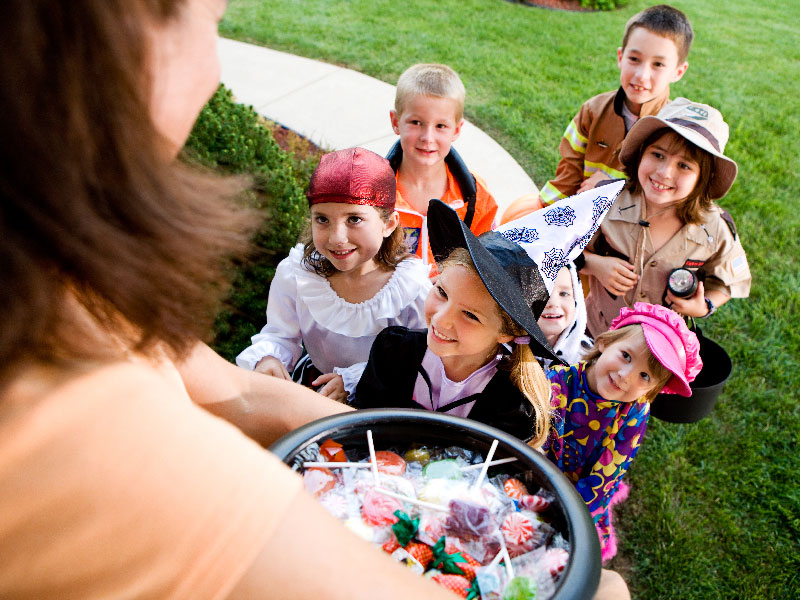 END_OF_DOCUMENT_TOKEN_TO_BE_REPLACED

Over the past month or so, several in Esozone’s extended network of freaky geeks have expressed interest and concern regarding the level of certainty, or lack thereof, surrounding the likelihood of an Esozone event happening in Portland this year.  This is understandable, as hype for the event has been hardly more than a whisper up until this past week, especially if you compare it to the extent of effort that went into promotion over the past 3 years.

If you are among those confused about this year’s circumstances, you need no longer worry, as you can see by the previous two announcements.  Yes, we are aware that one week’s notice is short.  No, we’re not incredibly worried about the impact this is going to have on the event’s quality.

Several reasons.  First of them is that there’s no budget to cover.  You read that correctly.  With the advent of Esozone’s change of working protocol to a more open-source format in 2009, and a switch of emphasis from the celebration of underground “celebrities” to the interactivity of the mutant community itself, the cost of flying out our heroes and hosting them in hotels was rendered unnecessary.  This is how it was possible to make Esozone Portland 2009 the first Esozone that cost nothing to attend.

By the way, another cool thing about that change of protocol, which you might not be aware of, is that it also makes it possible for mutants in communities outside of Portland to organize and host their own regional Esozone event.

What this demonstrates is that, while we enjoyed the opportunity to honour and celebrate some of our favorite underground heroes in 2007 and 2008, we can’t avoid or ignore the most important key ingredient that makes these events what they are : The mutants that attend them and participate in them.  While alot of attendee feedback from previous years expressed appreciation for our culture’s featured presenters, folks seemed to be the most excited about meeting and interacting with other bizaare creatures with similarly bizaare interests.

And guess what? It seems to be working.  Last year at Esozone Portland 2009, the community stepped up to the plate and brought their “a”-game, sharing their unique specialties and hosting workshops and groups experiments in their personal domain of “expertise,”  and we’re confident the community can come forward to produce something at least as interesting this year.

As cheesy as the reference to uncle Al Crowley may sound, it is fitting to note that at Esozone, “Every Man and Woman is a Stork.” Or however the hell that saying goes.

So how does one contribute to the event?  As with last year, the schedule for daytime sessions are decided on the fly at the beginning of each day.  There will be a grid in a centrally located spot.  Find an empty slot on the schedule and put your session idea in the available time/place you’d like it to occur.  Understand that your session may be bumped in time or space, to better suit the flow of the day’s goings-on.

The evening-time activities will run much more like an event at an underground nightclub, with a handpicked variety of performances from Cascadia’s own mutant underground.

Please feel free to contact us with any questions or comments you feel are relevant or pressing.  Hope to see you out this weekend!